Mbusi mine: Near Magodi village in the middle of Mr. Mbusi's farm a pegmatite was discovered and a couple of small pits were dug by Mr. Mbusi himself. Aquamarine and beautiful quartz crystals with black tourmaline needles inside were discovered.

Sangos mine: The Sangos garnet mine lies among a number of other mines along the ~2km long crest of a smooth hill. The metamorphic rock contains several narrow horizons with lenses of garnet in which gem quality red garnet are being found. Several large pits testify of intensive mining. The remote area lies in the middle of beautiful primary woodland. 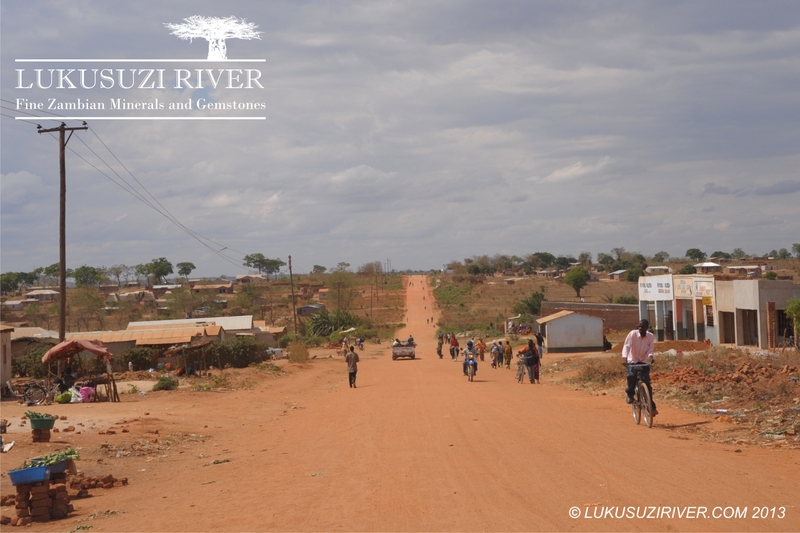 Magodi: The main road heading North from Lundazi to Chama. 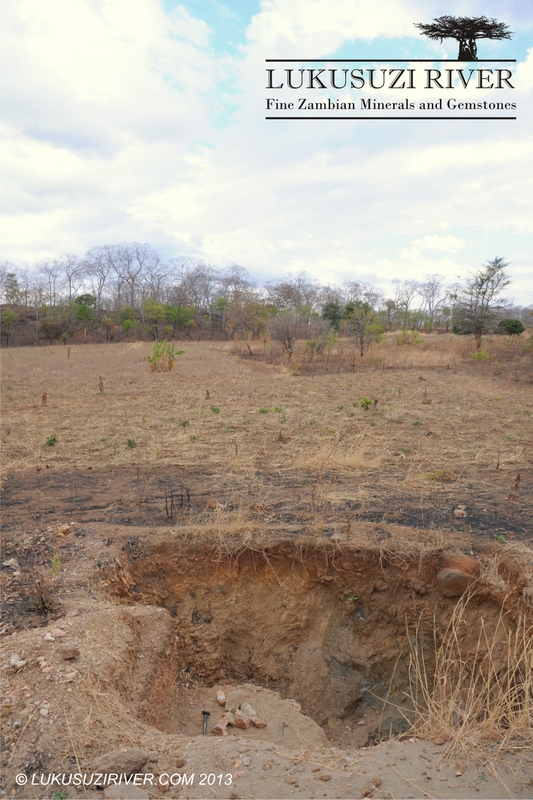 Magodi: The pit is in the middle of the farmers field. 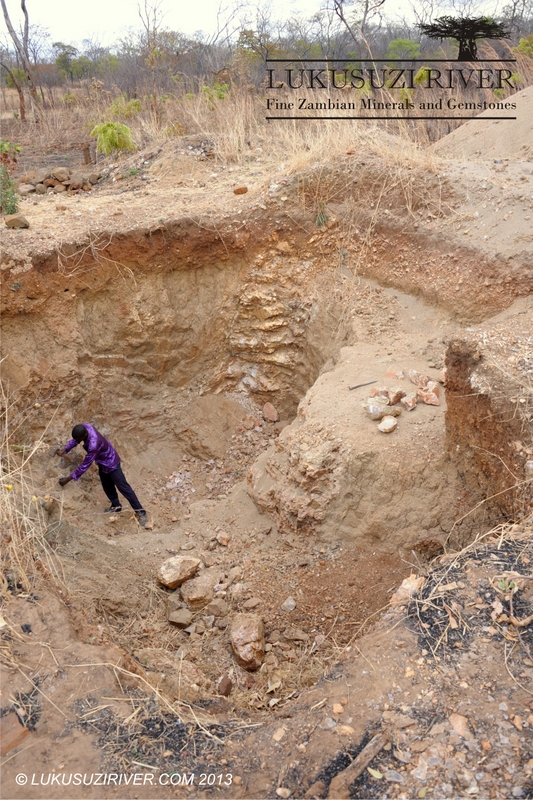 Magodi: The pegmatite was discovered during farming and the pits were dug by Mr. Mbusi on his own. 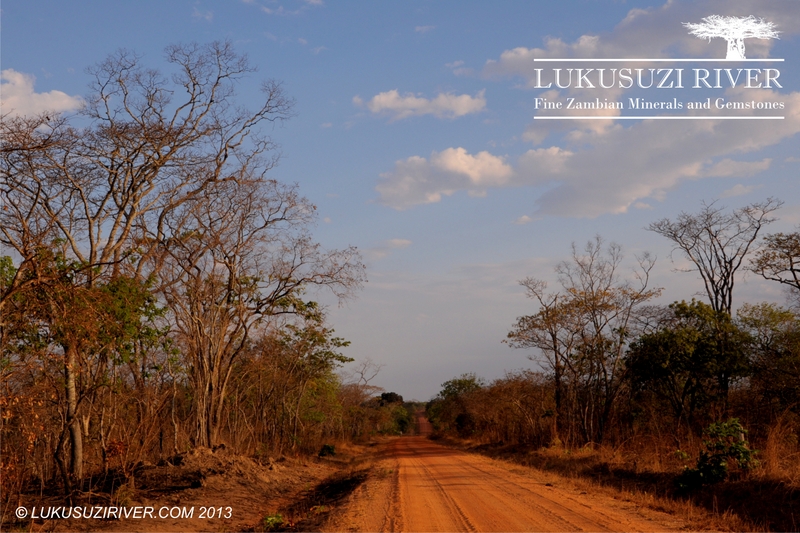 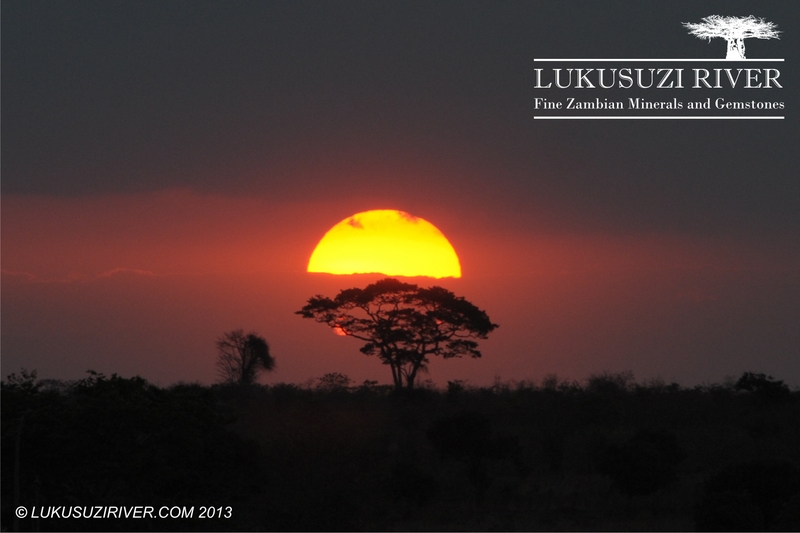 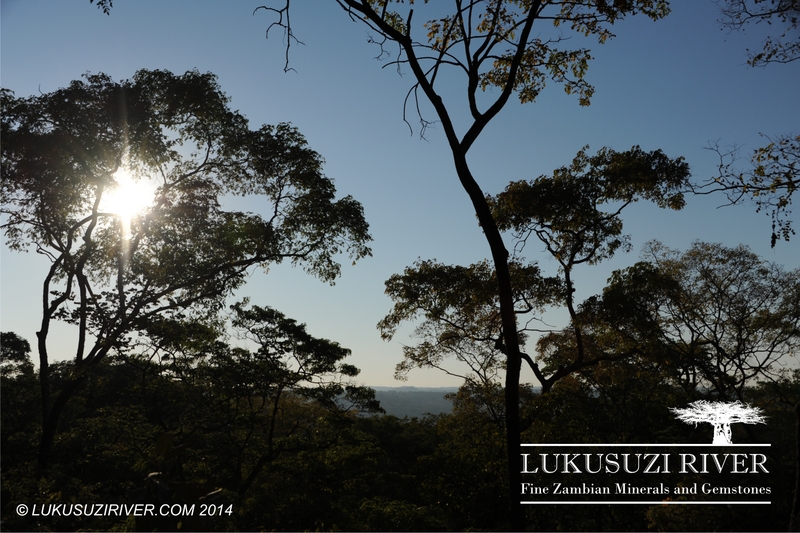 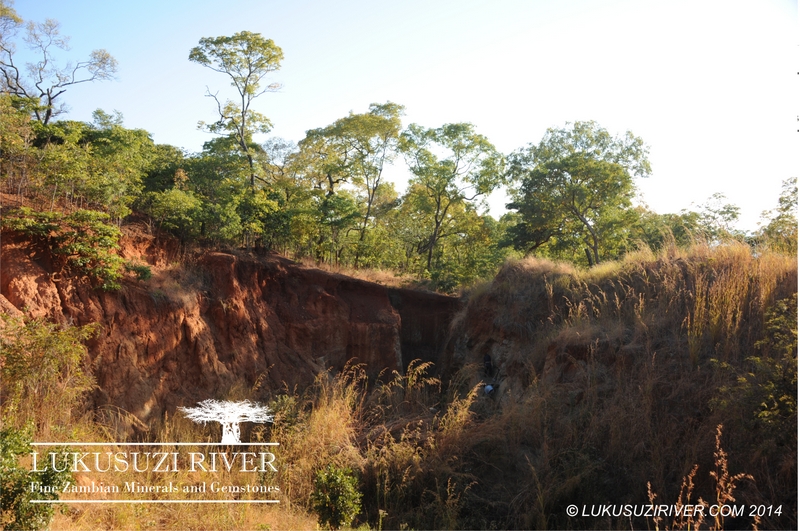 Sangos mine: Large pits have been dug on the search of red garnet 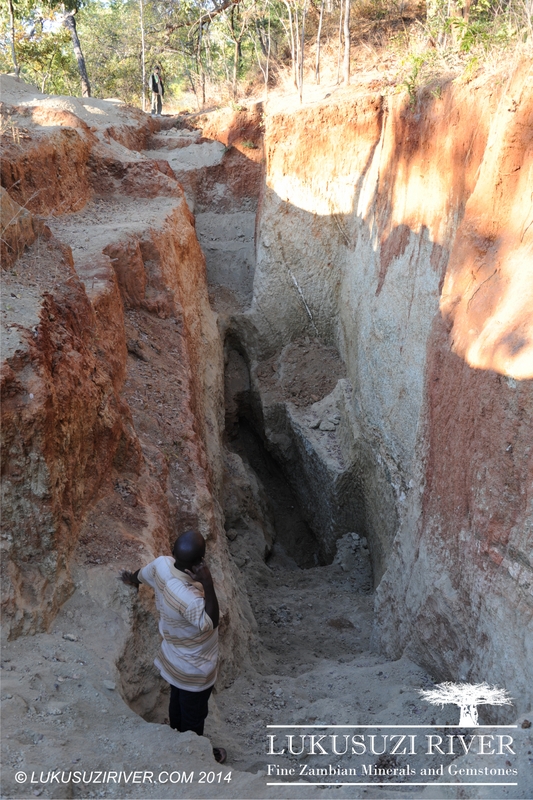 Sangos mine: Some of the pits have been shut down by the Zambian mining authorities for safety reasons. 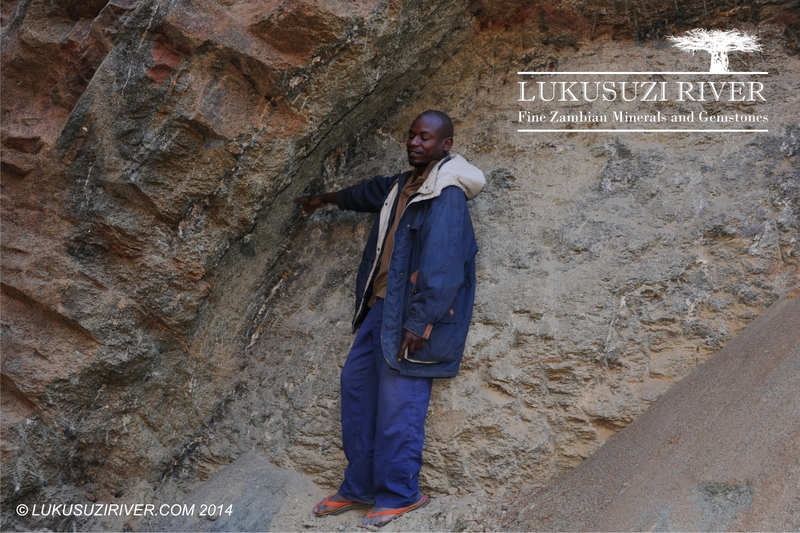 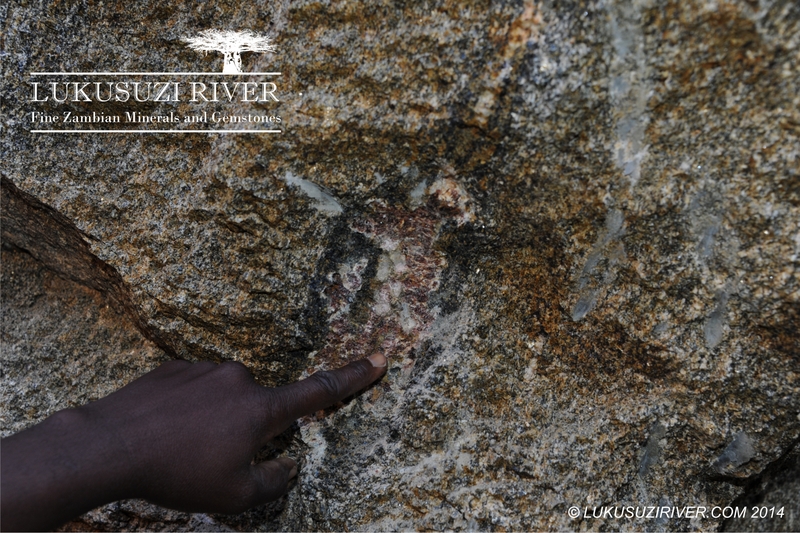 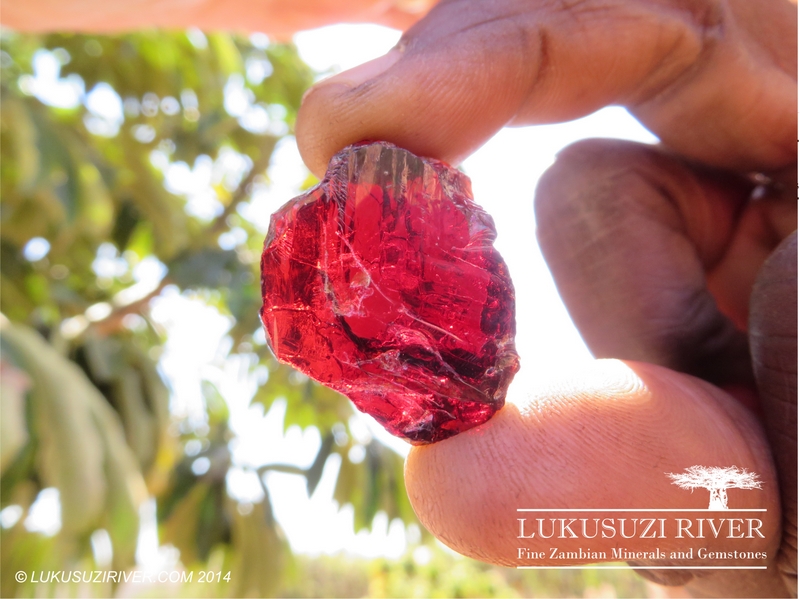 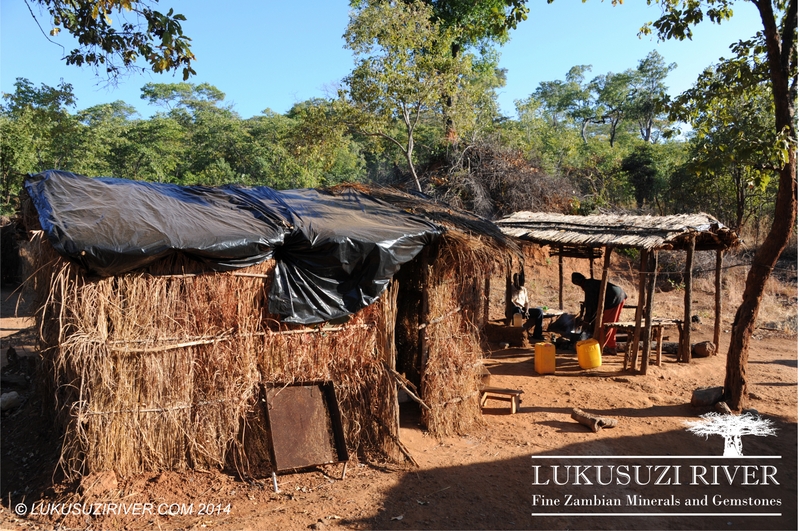 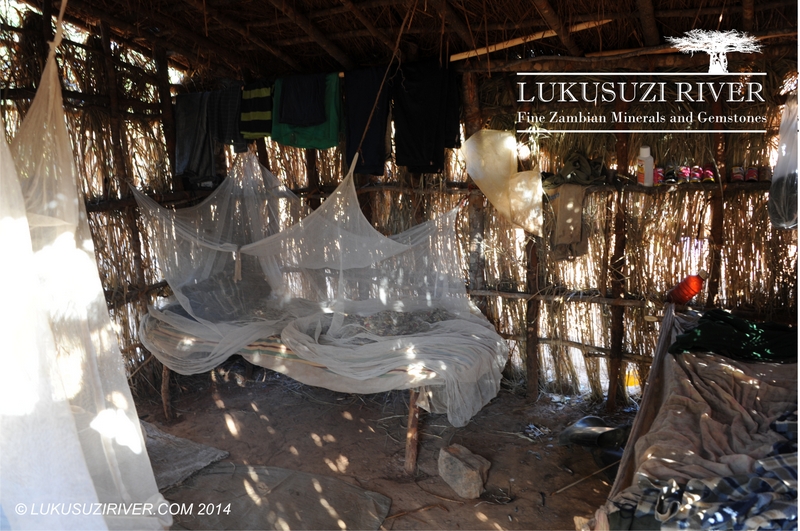 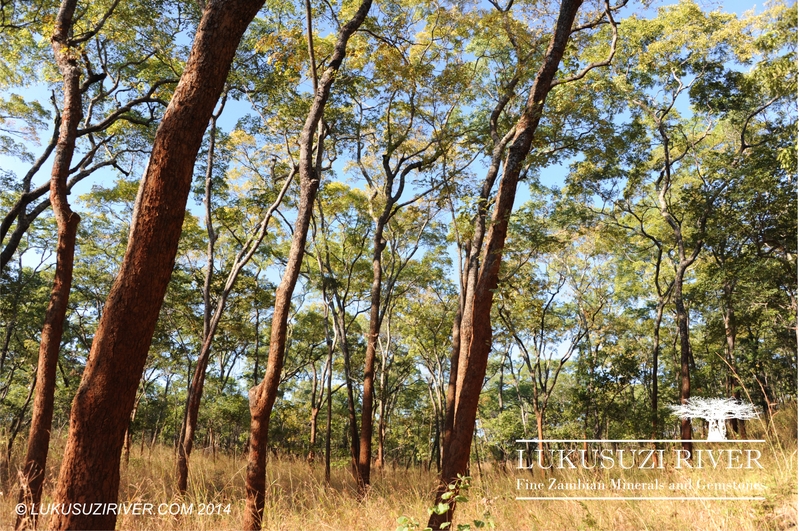 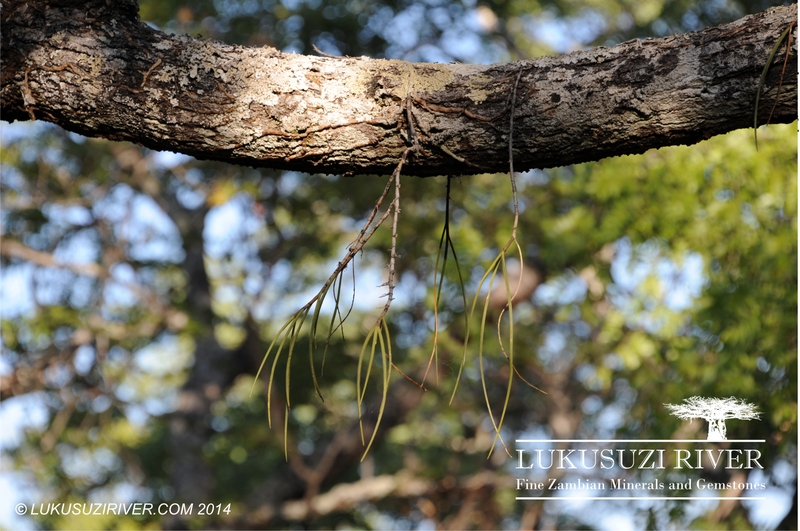 Sangos mine: Epiphytic orchids (Tridactyle tridentata) hanging from the trees.