In the Katoloma mine right next to the village beautiful white and orange topaz was found in the soil adjacent to quartz veins and pegmatites.

The Musenje mine produced first-class deep-blue aquamarine in clean pieces up to 70g from alluvial gravels in the vicinity of at least two pegmatites. It has been inactive for some time. Mining started again at the end of 2013. By July 2014 the workers were still busy removing largre masses of overburden before the will reach the gem-bearing horizon. A little video shows miners at work in the Musenje mine.

The Mumba mine is worked into a fresh pegmatite and produced aquamarine and spessartite (mandarin garnet).

The famous Shalom mine with its stunning bi-colour tourmalines (LINK) is also located in the area. It has changed owners several times in its history.

Near Chamwase village a new discovery of bi-colour tourmalines has been made in July 2014. Farmers were digging a water hole for their vegetable fields on the banks of a river. 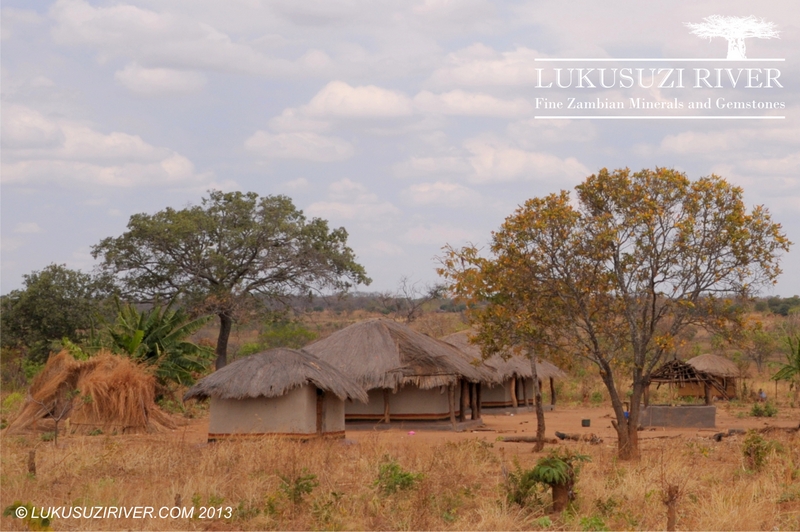 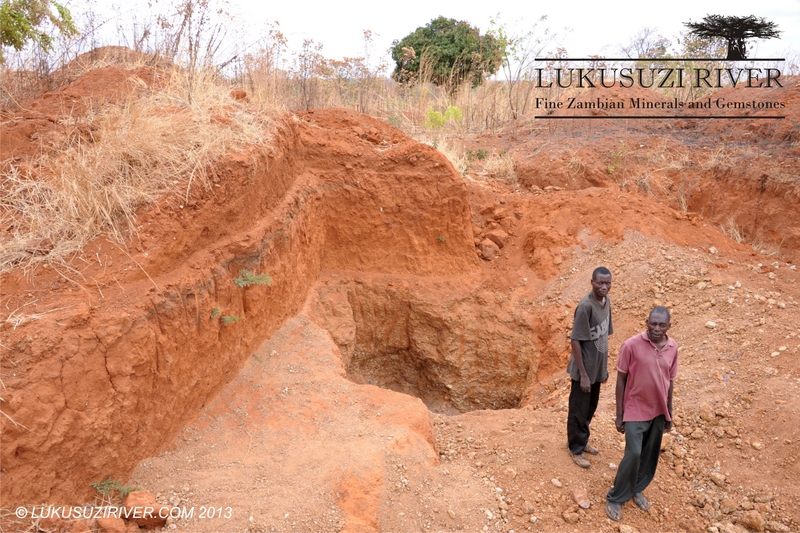 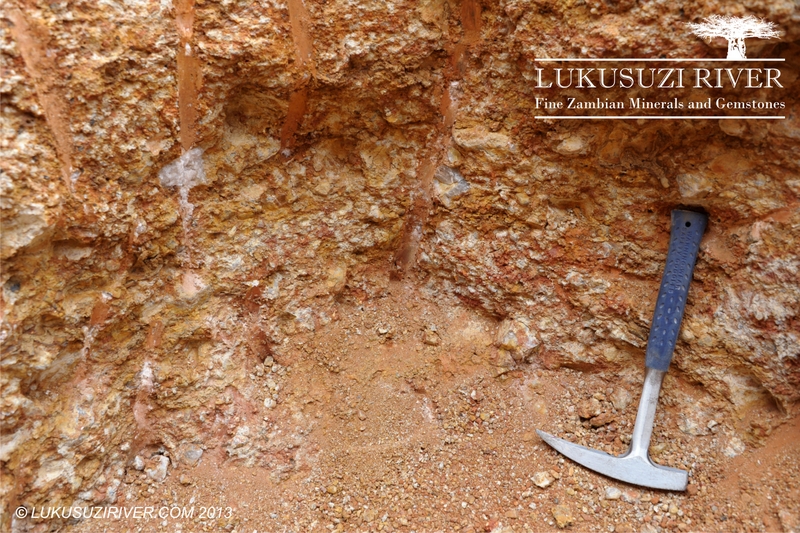 Katoloma: Topaz is found in the weathered lateritic soil above a pegmatite-related quartz vein. 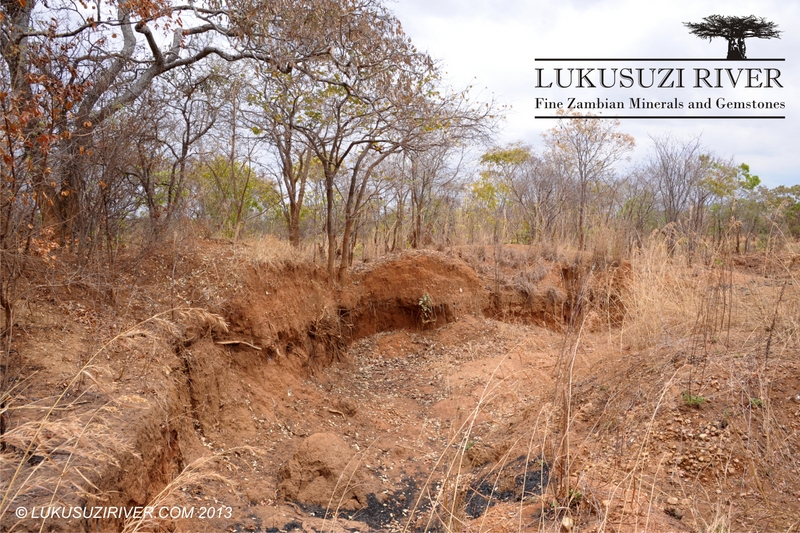 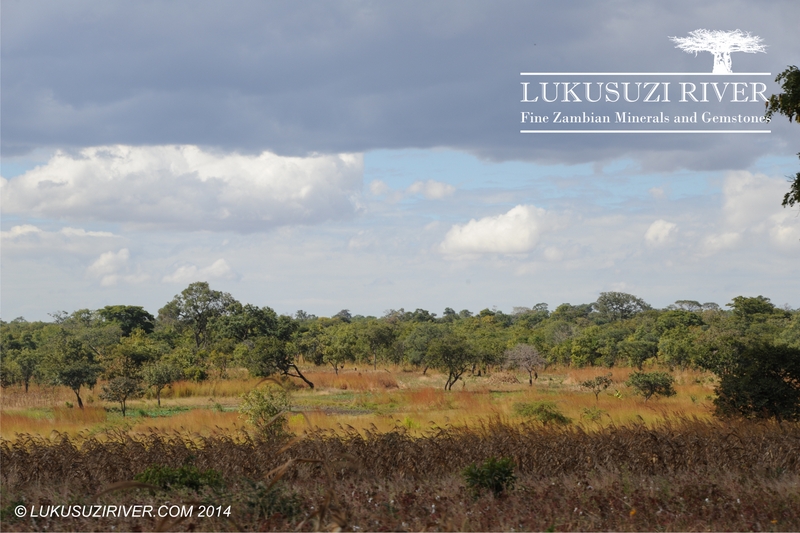 Musenje mine: The mine is well hidden in a little forest. 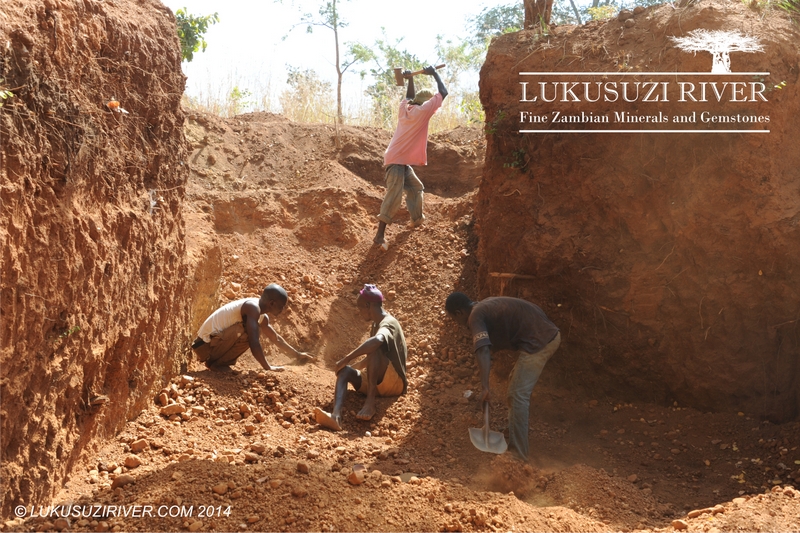 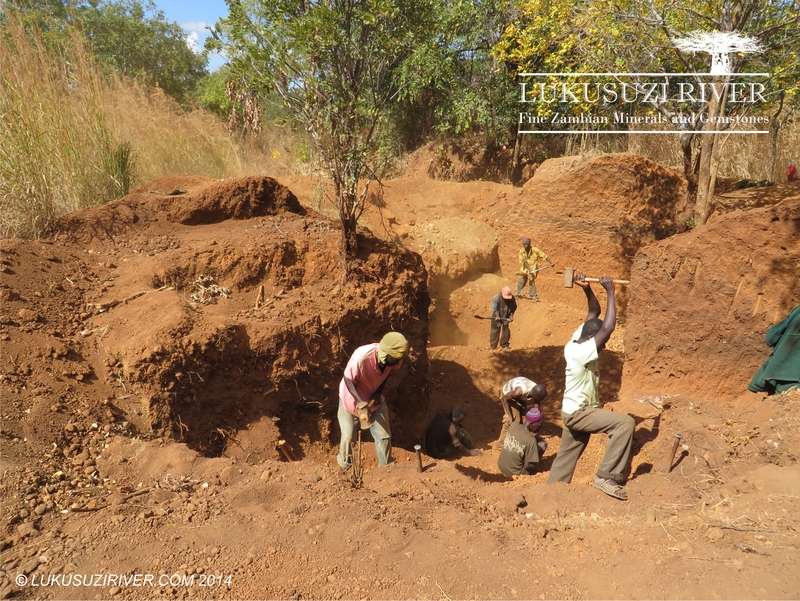 Musenje mine: Once the siol is broken up it is screened for gemstones and then shoveled out of the pit. 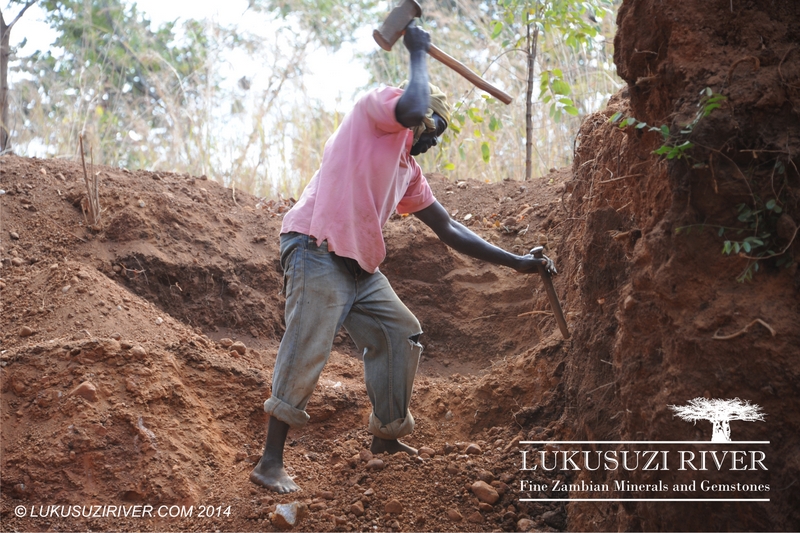 Musenje mine: The chisel man uses a 7kg hammer - all day long 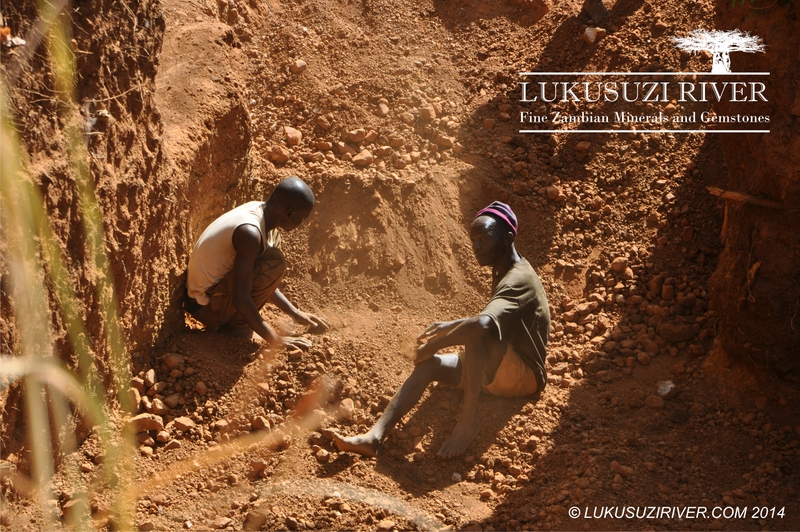 Musenje mine: Screening the gravel for aquamarine without washing requires a trained eye. 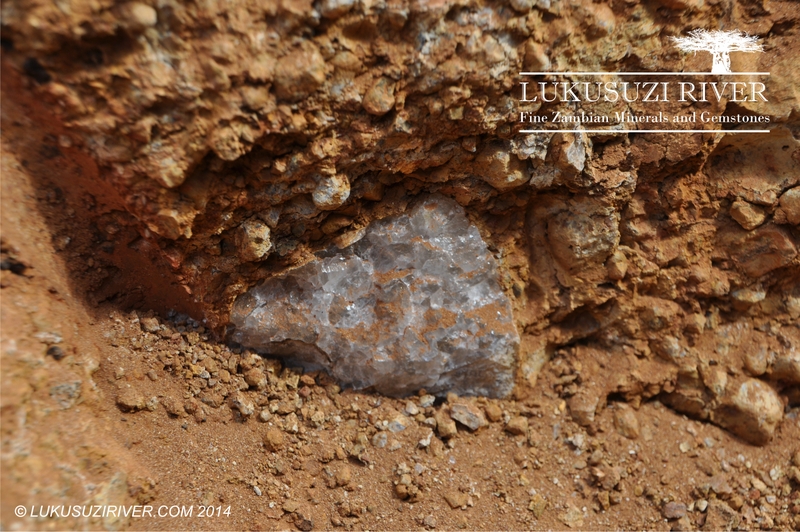 Musenje mine: Aquamarine is found among weathered rocks and pieces of quartz from the pegmatite embedded in clay. 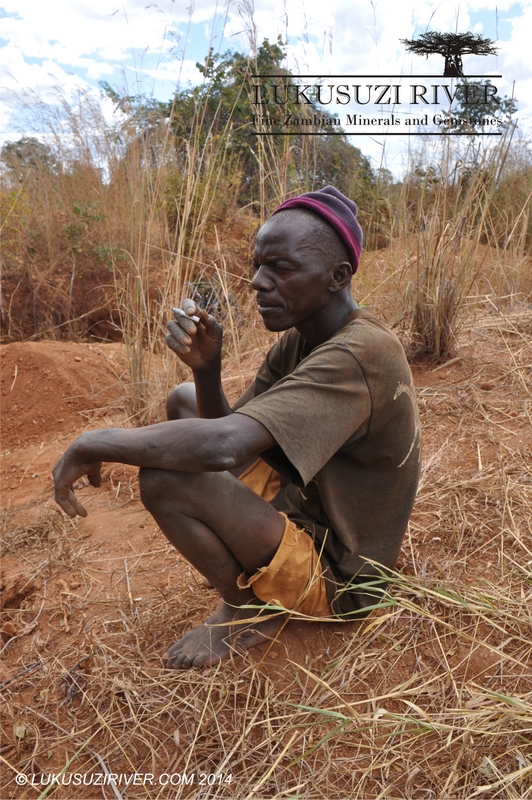 Musenje mine: Taking a break.

Musenje mine: Working at the mine (Video: 3:58 min; HD quality available in the video settings). 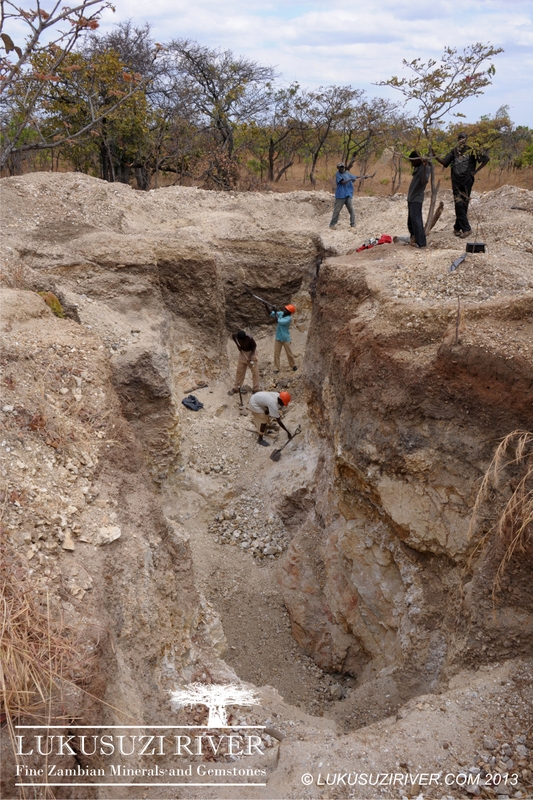 Mumba: Aquamarine and mandarin garnet are found in the Mumba mine. 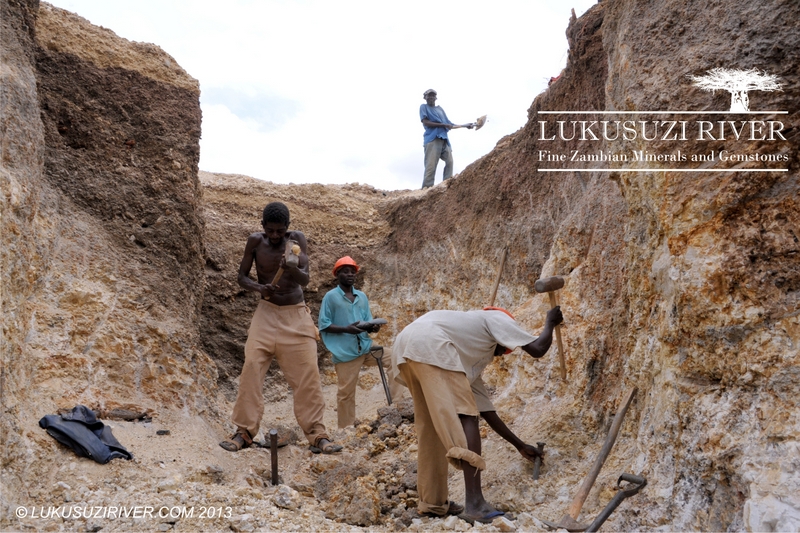 Mumba: The two workers in the front are the chisel men, who break the rock. The two men in the back are the dumpers, who shovel the loose material out of the pit and onto the dumps. 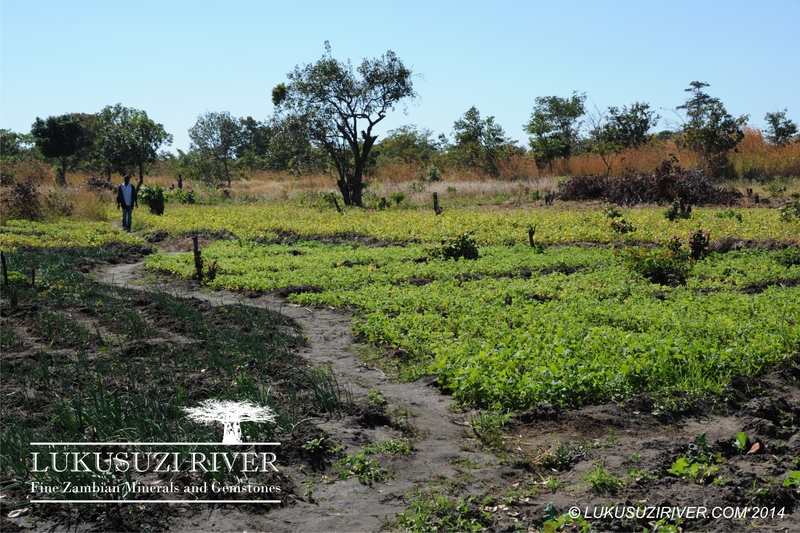 Chamwase mine: Farmers were digging a water hole for their vegetable fields when they discovered tourmalines 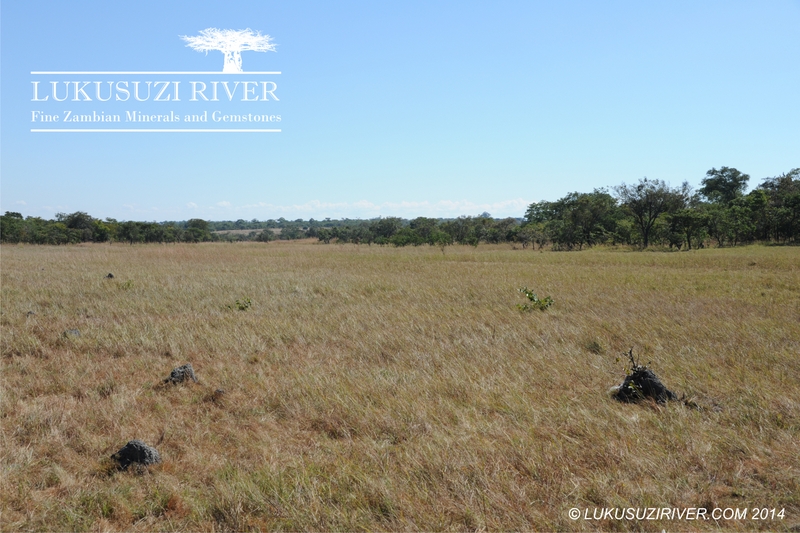 Chamwase mine: The mine is located directly at the banks of a river (dried out in the dry season) 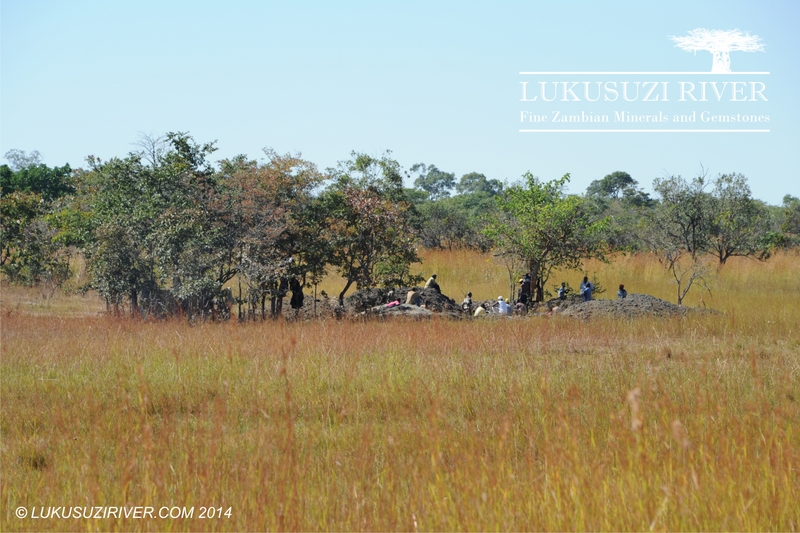 Chamwase mine: The people from the village want to form a cooperative and will apply for a mining licence soon. 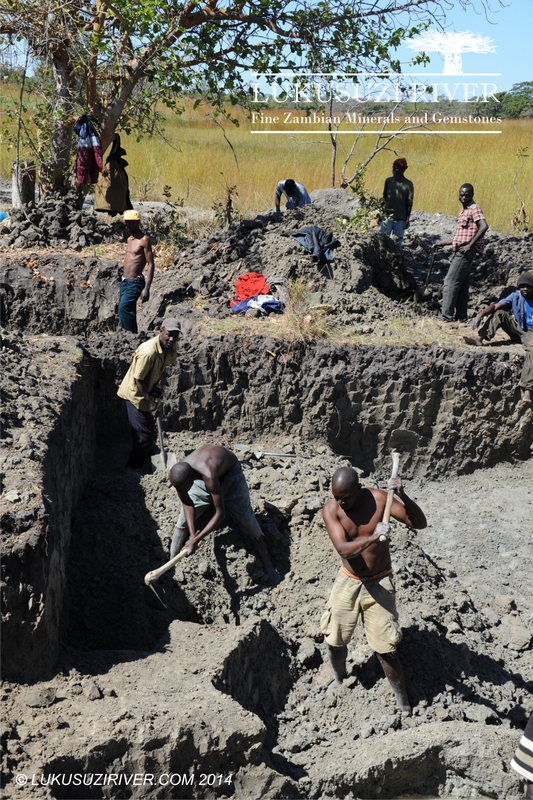 Chamwase mine: So far, digging is easy in the soft river sediments. 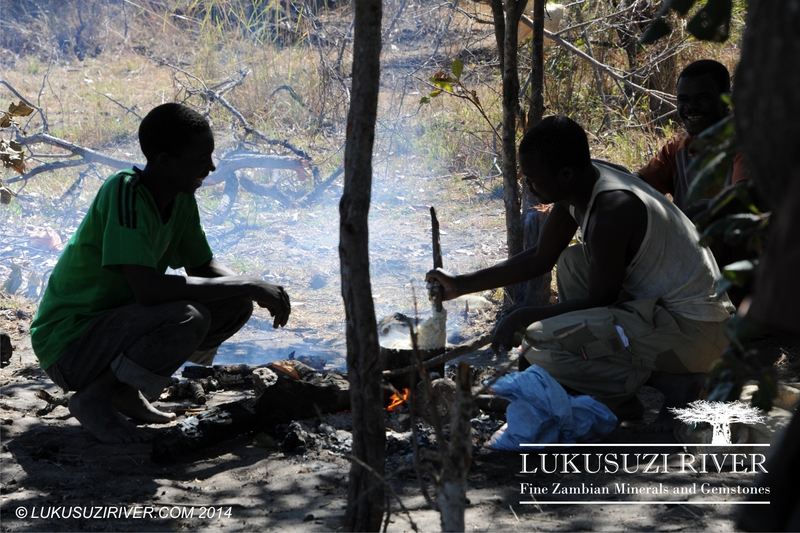 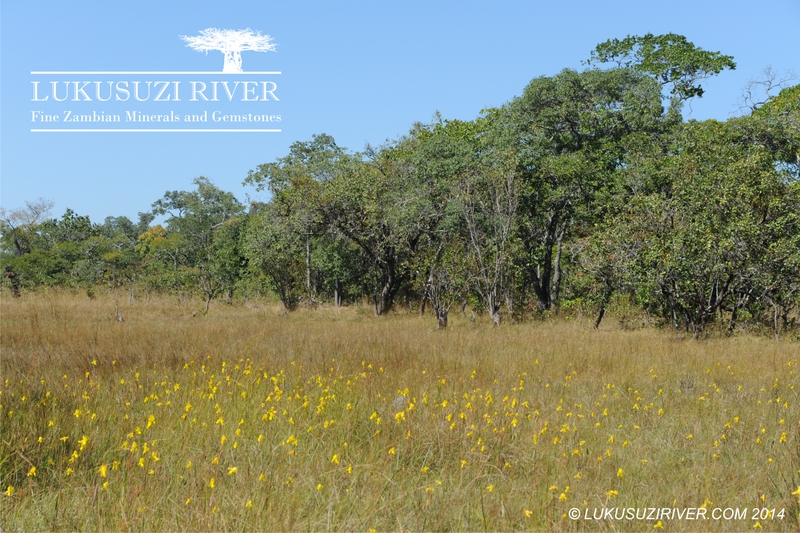 Chamwase mine: River bed with Iris 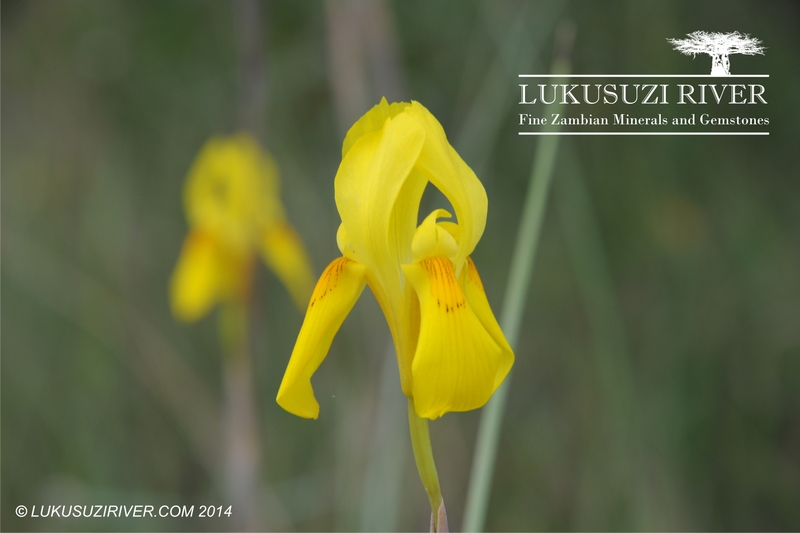