Geology and formation of Zambian gemstones

Most gemstones of Zambia formed during the Panafrican orogeny 500-600 million years ago. They are among the oldest gemstones on the planet. During that time there were neither plants nor animals on land. During the Panafrican orogeny, which comprised a whole series of geological events, several continents and microcontinents joined together to form a waste super continent: Gondwana. Through the collision of two continents the Mozambique belt was formed. The Mozambique belt is a zone of tectonically and thermally highly stressed metamorphic and magmatic rocks, which once was a huge mountain range reaching from Arabia through East Africa to Antarctica. Most gemstones of East Africa including Zambia were formed by tectonicand magmatic activity during the formation of the Mozambique belt. 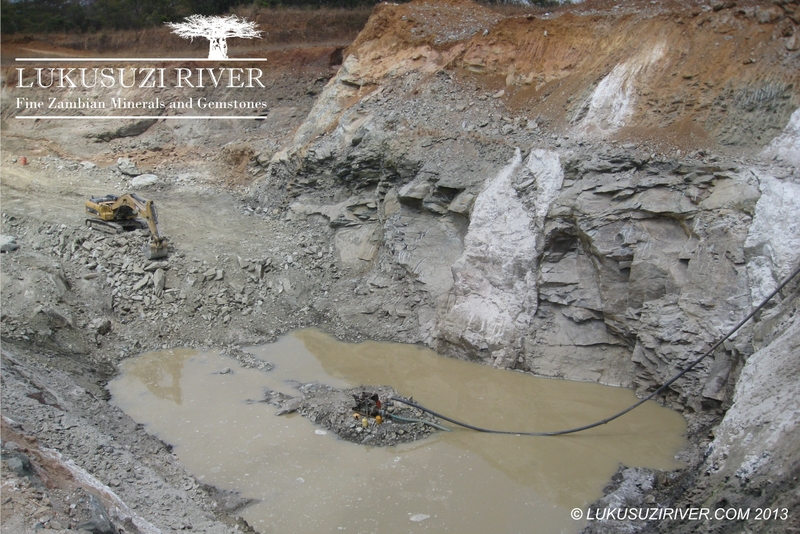 Pegmatites in the Kagem emerald mine

Gemstones like aquamarine, tourmaline and topaz are found in large veins or dykes consisting mainly of quartz, feldspar and mica - so called pegmatite. Individual crystals in pegmatites are typically very big and one may encounter quartz or feldspar crystals of meter size quite frequently. Huge intrusions like the Sinda batholith in the Southeast of Zambia are believed to have provided the residual melts and hydrothermal fluids (water and gases) from which the pegmatites formed. By slowly cooling down rock forming minerals, e.g. quartz, feldspar and mica crystallised in the large magma chambers. What stayed behind formed a residual melt, which became more and more enriched in everything that did not fit in the normal rock forming minerals. This usually is water, gases and rare elements such as lithium, beryllium, boron, caesium, and fluorine. When the residual melt finally cooled down too, hydrothermal fluids exsolved and their increasing pressure broke the surrounding rock. The freshly formed cracks were then filled with quartz, feldspar, mica, and occasionally e.g. aquamarine and tourmaline and form a pegmatite vein. These veins may reach 5-10 meters in thickness and a couple of hundred meters in length. Smaller fracture systems next to a pegmatites may host amethyst and citrin. Where the pegmatite fluids got in contact with chromium-bearing rocks emerald may have formed. 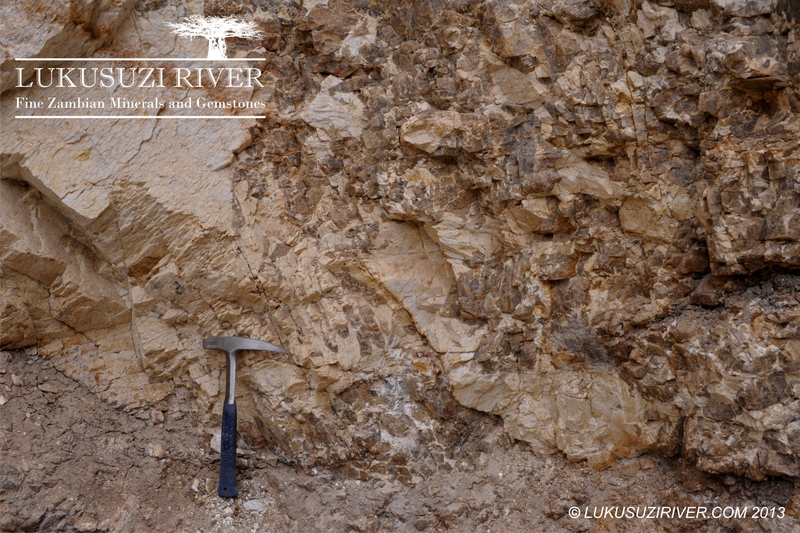 After the end of the Panafrican orogeny the area we call Zambia today was geologically quiet for about 200 Million years. The mountains of the Mozambique belt eroded and left behind a landscape with waste plains and smooth hills. From about 300 Million years before present Gondwana started to break apart. This process of rifting still continues today. The Luangwa valley testifies of the earliest stages of rifting in East Africa, which eventurally resultet in the formation of the Great Rift Valley, the cradle of mankind. 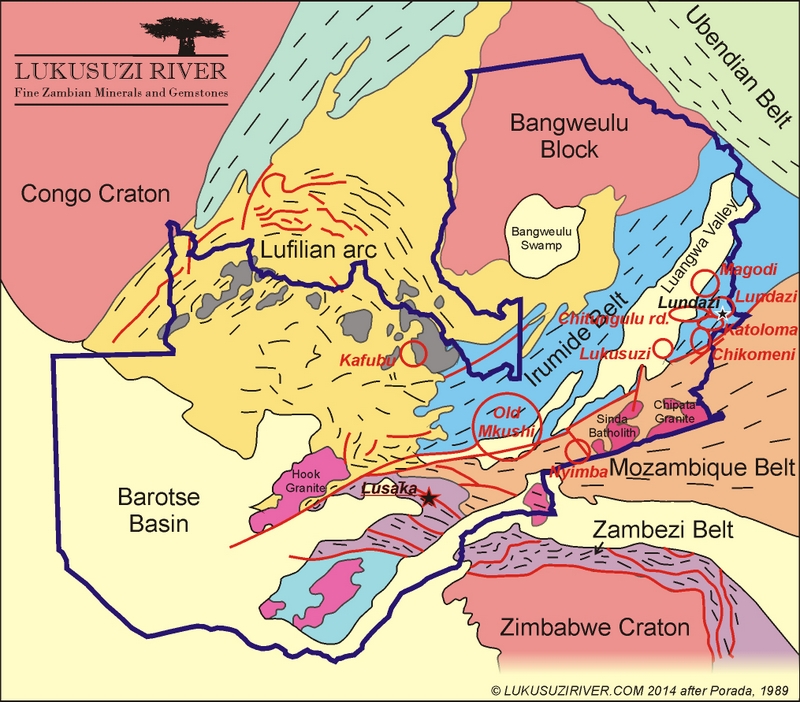